The Learning and Training Centre

A showpiece came out of the ground at Futuka

When you are a visionary and builder at the head of TP Mazembe for more than 20 years, viability and permanence of the club are permanent goals. For Moïse KATUMBI, building a training centre is always a priority. And its investment because of a difficult point in recent months, with the completion of the Futuka Training and Learning Centre. A place of life and work for the search of performance. A model. 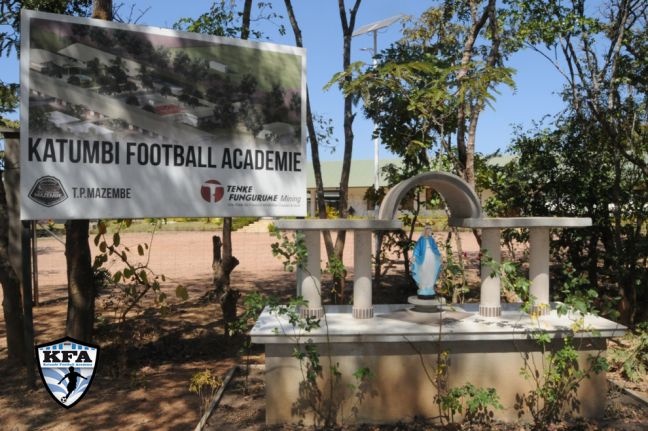 In terms of training, and after five years of work, the "Katumbi Football Academy" (KFA), is reaping its first fruits with the outbreak of talented players who have integrated the professional team. They are named Arsène ZOLA and Glody LIKONZA, who even shone with the Leopards U20 at the 8th Francophonie Games in Abidjan in July 2017. 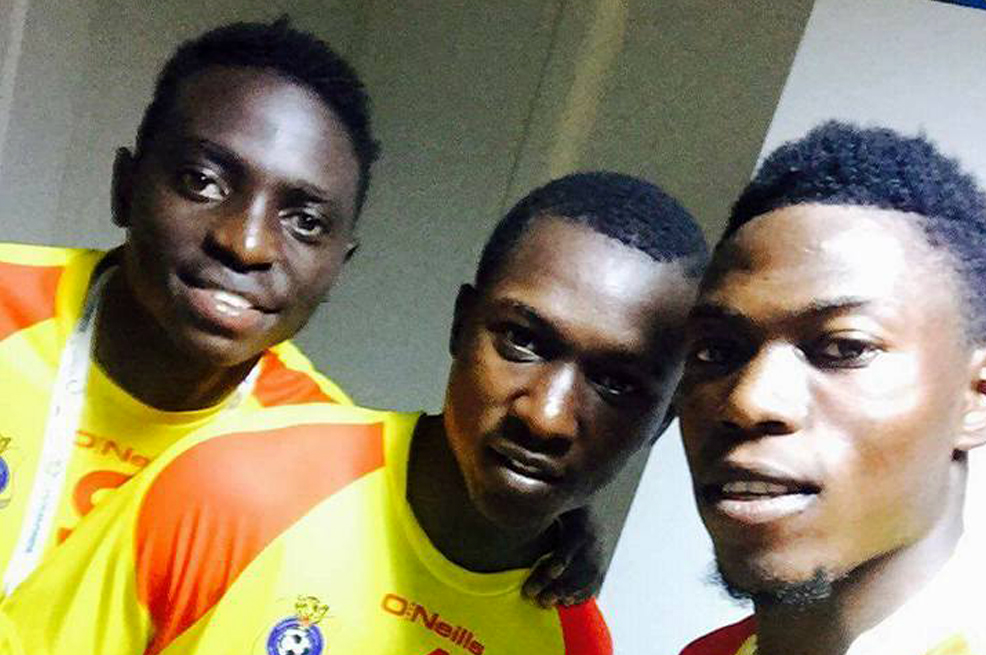 As of the next school year, all residents of the Academy still staying at the Plateau Golf Centre should move to Futuka Training and Learning Centre. There, these players will benefit from the adequate infrastructure for training.

In a space of more than six hectares of which only three are already used, a diamond has emerged from the land: 28 bedrooms, 2 dormitories capable of accommodating more than 20 beds each, three soccer pitches: a synthetic, natural and sandy under construction. Two apartments for staff members, a large cafeteria and all that goes with it! Things were not half done. 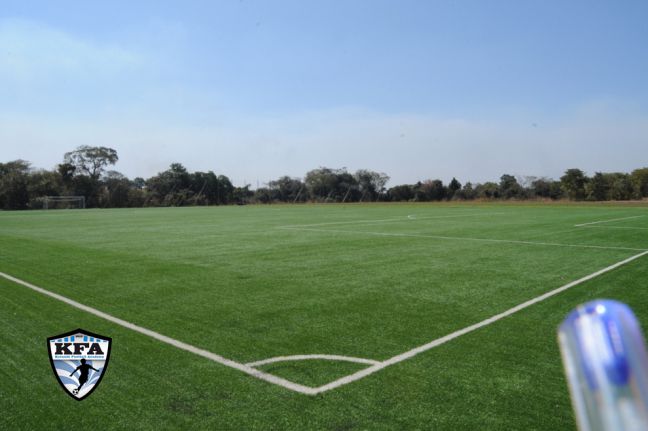 And for the leisure of the future residents, a swimming pool is installed there. In the near future, a basketball court and a tennis court will also be set up! All this infrastructure in full nature enjoy a healthy environment next to the vicinity of a large animal park. Here, everything is calm and silent. 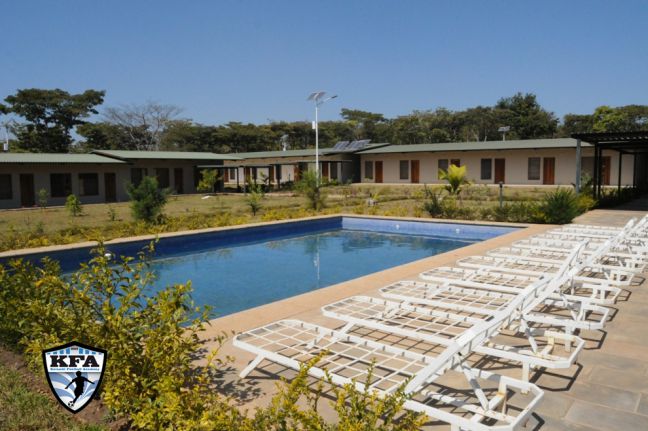 TPM: several lengths ahead in the DRC

TPM is the only Congolese soccer team with such high-performance training tools. Today more than ever, it confirms its will to make its Training Center a pool of professional players from the country. The efforts of the chairman KATUMBI thus find a concrete outcome at the service of the Congolese youth. 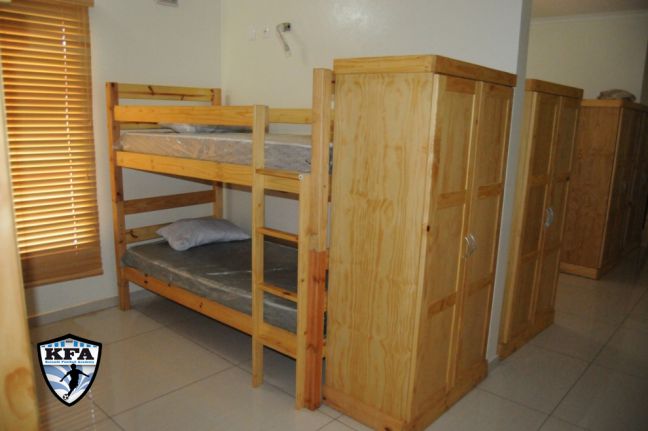 At KFA, quality rather than quantity

Katumbi Football Academy offers a welcoming and privileged training conditions through a restricted staff in each age group. For the different promotions, a rigorous selection is thus put in place during the detection days. By retaining only the best, the fact of privileging quality rather than quantity allows these hopes to give the full measure of their talent. Thanks to a careful and highly regulated follow-up for each category, the Academicians benefit from the ideal management for their development as man and footballer. 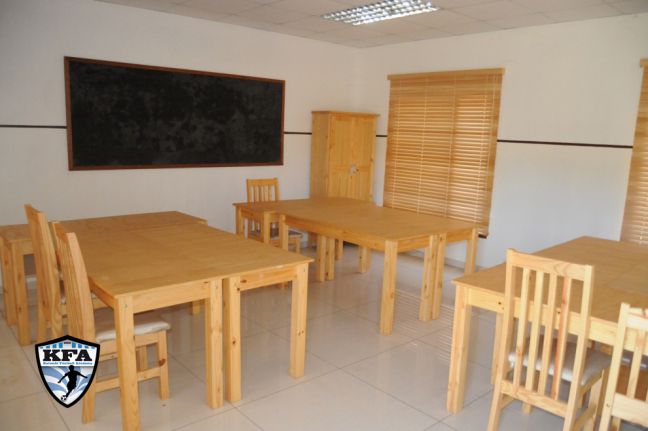 Upon their arrival in Futuka, the young students of the KFA will be taught both academic and sports. Knowing that not everyone will be professionals, after football is also taken into account. Success goes through a success on the pitch but also outside the green rectangle. To this end, the TPM commits itself to the parents to offer its Academicians a balance between their passion and their school obligations. 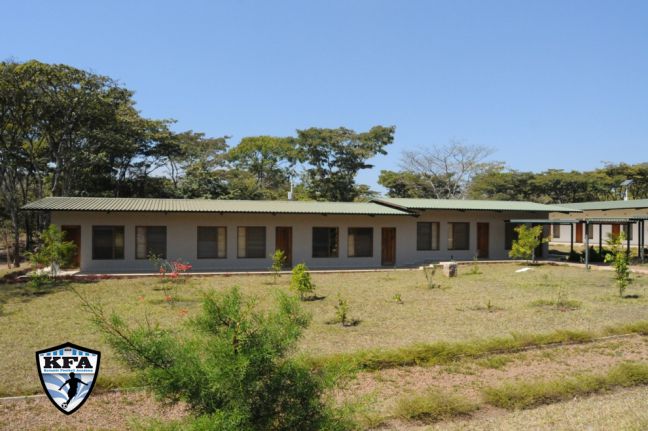 In 2016, for example, eight Academicians passed the DELF (Diplôme d'Etude en Langue Française), B1 and B2; And others, State exams. 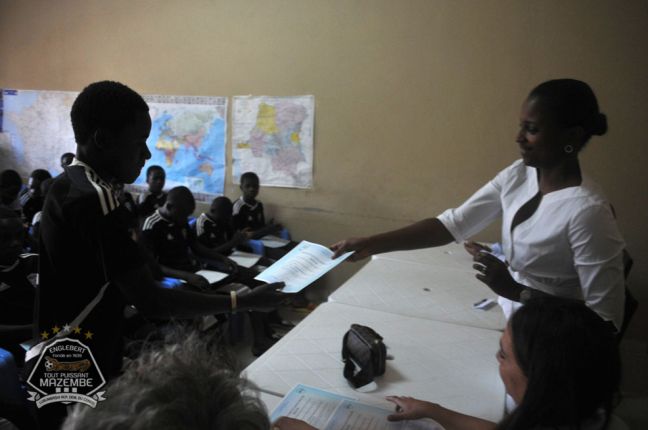 By combining football and schooling, the Centre does not want to see its young people in difficulty in relation to their future professional life. Nothing is minimized in the training, since the beginning of the KFA's activities, schedules are arranged to allow young people to pursue their sporting life as well as their school life.

Philosophy and organization of the Academy!

As soon as the young players arrive to the Academy from the age of 11, teachers drafted a real project of play in the curriculum of the future residents. Spread over several years of training, this specific program is applied by young people at each stage to enable them to acquire the necessary technical, physical and psychological qualities for the practice of high level football.

While the teachers are doing their best on the ground, the approved professors in teaching are busy outside the green rectangle for a pedagogical follow-up.

The Academician has nothing to pay

This is the 5th year of the Academy, which proves that TPM made training one of its main goals. For the Chairman, founder of the "Katumbi Football Academy" (KFA), a double notion football on the one hand and schooling on the other hand, remains the best model of education. By submitting the Academician to all these important subjects during his training, the KFA helps him to build his own identity, that of a complete man and useful to society!

During all the stays in the Academy's facilities residents are 100% paid for: accommodation, catering, tuition, care are entirely FREE.

In its philosophy, the management of the KFA aims to:

- Bring together the best young people of Lubumbashi to train and play together in order to have the highest possible level;